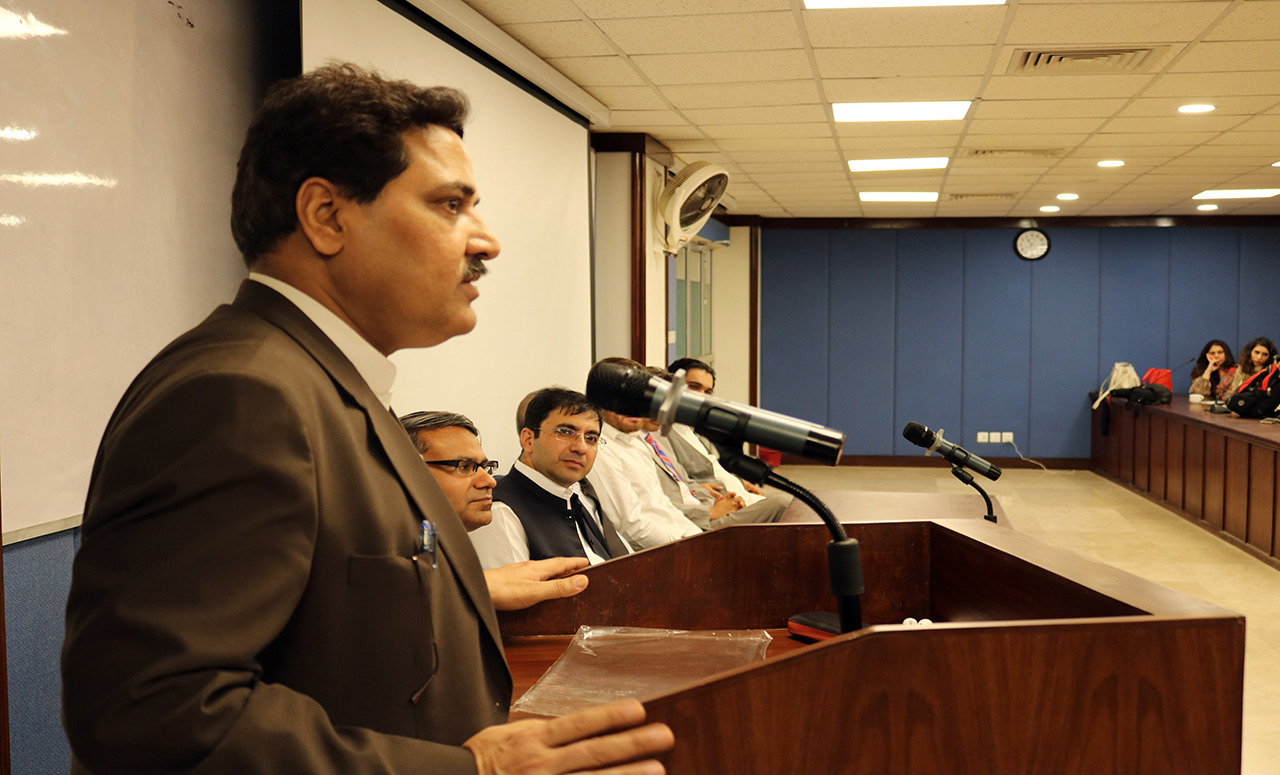 by: Zafar ul Hasan
Sustainable Development Goals (SDGs) have not only replaced the “Millennium Development Goals - MDGs” but also provided a new development paradigm for humanity where development has become a right. SDGs are universal set of 17 goals, 169 targets and 241 indicators that UN member states are expected to localize in their own development agendas and socio-economic policies during the period 2015-2030. All 17 goals are based on three pillars, i.e., inclusivity, equity and sustainability.

Pakistan was the early starter on SDGs and Ministry of Planning, Development and Reform launched the SDGs as a people centric development agenda. The parliament declared them as “national development goals” through a resolution. Planning Ministry started spadework on implementation of this very important agenda in close coordination with provincial governments. Translating the ambitious SDG agenda into a workable action plan and selection ofcountry specific targets and indicators in two years was a huge challenge particularly for developing countries like Pakistan. Therefore, Pakistan has started translating global SDGs framework into national action plan.

The SDGs framework requires an integrated monitoring and evaluation framework with review processes at four levels: Global, Regional, National and Thematic. However, the main focus of SDG monitoring mechanism will remain at the national level for convenience of reporting. A sound indicator framework has provided a robust management tool to develop implementation strategies and allocate resources accordingly. A well-defined set of indicators guarantees regular monitoring of progress towards sustainable development and help ensure the accountability of all stakeholders for achieving the SDGs.

The planning ministry has launched “National Initiative on SDGs” in collaboration with UNDP. Under this initiative, federal and four provincial SDG support units are already established. The objective of these units is to enhance coordination, oversight and technical support to the government of Pakistan in achieving SDGs targets. Federal SDG Unit is connected with four provincial units for monitoring and evaluation of SDG indicators.

Reporting and monitoring framework has already been formulated in the shape of a data gap report, which is available online. The other objective of this exercise was to identify the lead ministry and reporting agency to fix the responsibility of data collection and dissemination. Also, the study discusses preferred data source for an indicator in case of multiple data sources. The standardization of definition in accordance with global definition has also stressed in the study. The data gap report has sorted and divided the 241 indicators in federal, provincial and local domains by examining current administrative data sources and survey instruments in addition to government plans to initiate new survey.

Pakistan’s efforts are also recognized at the regional and international level and Minister for Planning has been made Champion Minister for SDGs and Chairman of Asia-Pacific region on SDGs. National reporting is essential and performance at national level is the aggregation of performance at regional and provincial level, well-coordinated efforts from different ministries, institutions and stakeholders at the national provincial and district levels is being streamlined. To begin with strengthening of the linkages between planning at national and local levels; enhanced coordination at both federal and provincial levels; and building the capacity of provinces and district governments towards service delivery and reporting mechanism are being worked out.

Pakistan has prepared a baseline on the basis of existing data and also started process of firming of medium-term targets to reach 2030. SDGs goals and targets need to be localized in the light of national and sub-national peculiarities. Their flexibility to take into account different national realities, capacities and levels of development make them more acceptable for different tiers of the government and community based organizations. Pakistan has already started to adopt and operationalize SDGs,mainstream goals into national development planning, mobilize resources for achievement of SDGs and monitor progress at various levels of government. The government is developing inclusive partnerships with civil society, academia and the private sector for coordinated efforts towards achievements of most of the SDGs. Ministry of IT, Ministry of Health, Council for Water Research and Climate Change has already started aligning their policies with SDGs indicators.

The planning ministry in collaboration with the provincial Planning and Development Departments and UNDP has already done sensitization workshops about the SDGs at the grassroots level and disseminate the underlying methodology and usage of the MPI for informed decision making at the district level. Sensitization seminars held in all divisional headquarters of the four provinces. The ministry has also got feedback on prioritization from divisional level workshops on priority areas and embedded them into national framework. In addition to that prioritization workshops were conducted in the provinces involving government departments, civil society, intelligentsia, academia etc.

A local government Summit was also held in Islamabad on March 09, 2017 with active participation of 79 elected heads of District Councils from all four provinces. The Summit focused on the role of local governments in achieving SDGs and how an effective monitoring mechanism could be established in districts.

SDG Committees of Parliament are also established in the federal as well as provincial levels. Federal PSDP and provincial ADPs of two provinces, namely, Sindh and Punjab have made it mandatory for all development projects to have a reference to specific SDG goal and target in the project document beginning July 2017. The other two provinces are working on it and most probably soon finalized the mapping of SDGs with their ADPs accordingly.

The federal and provincial governments are cognizant of the value of implementing 2030 agenda and diverting resources to have effective planning, implementing, monitoring and coordination mechanisms. The SDGs support units both at federal and provincial levels are working closely with Planning Commission and Provincial Planning and Development Departments to develop a strong partnership among all stakeholders for the effective implementation of SDGs in Pakistan. An appraisal of existing policies, institutional arrangements and capacities, means of financing, and scope in future is being done at federal and provincial level, which will be gradually extended to districts. Recently (March 2018), National Economic Council (NEC) has approved National Framework on SDGs.This framework has given prioritized national goals and indicative targets, which will ultimately converted into provincial and district plans. Pakistan is prioritizing its agenda as following;

Review global SDGs formulate own goals and targets in national context
Establish closer alignment between the global SDGs and national and provincial annual and long-term development plans
Broad-based stakeholder engagement for greater ownership; and synergies among government, academia, civil society and the private sector
Establish an efficient system to monitor/track and review progress
An effective reporting and coordination mechanism at the federal level
The priority areas for Pakistan include eradication of poverty and hunger, sustainable and inclusive growth, quality education and health services for all, affordable and accessible energy for all, food and water security, resilient infrastructure, decent and productive employment, access to justice, and climate change. Pakistan’s development landscape is changing at faster pace, which has provided the optimism for leveraging SDGs for improvement in the quality of life for the poor.

The writer is Chief Poverty & SDGs at the Planning Commission of Pakistan and can be reached at: zafarulhsn@gmail.com 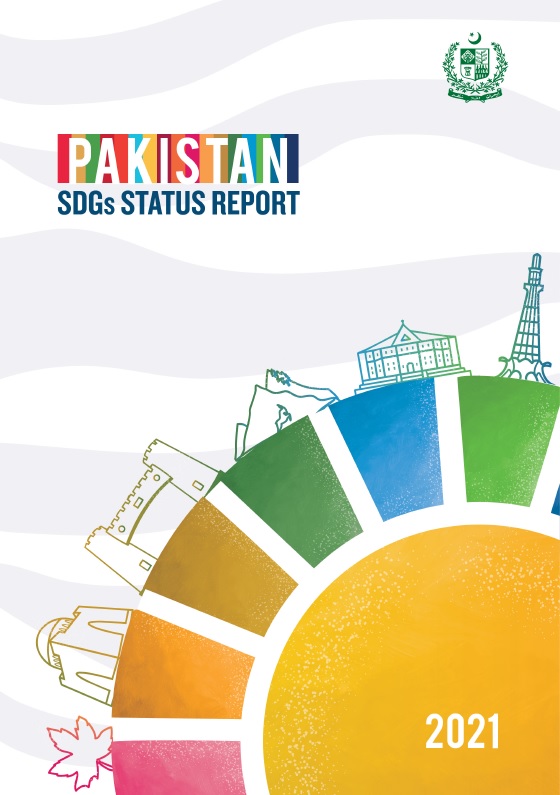 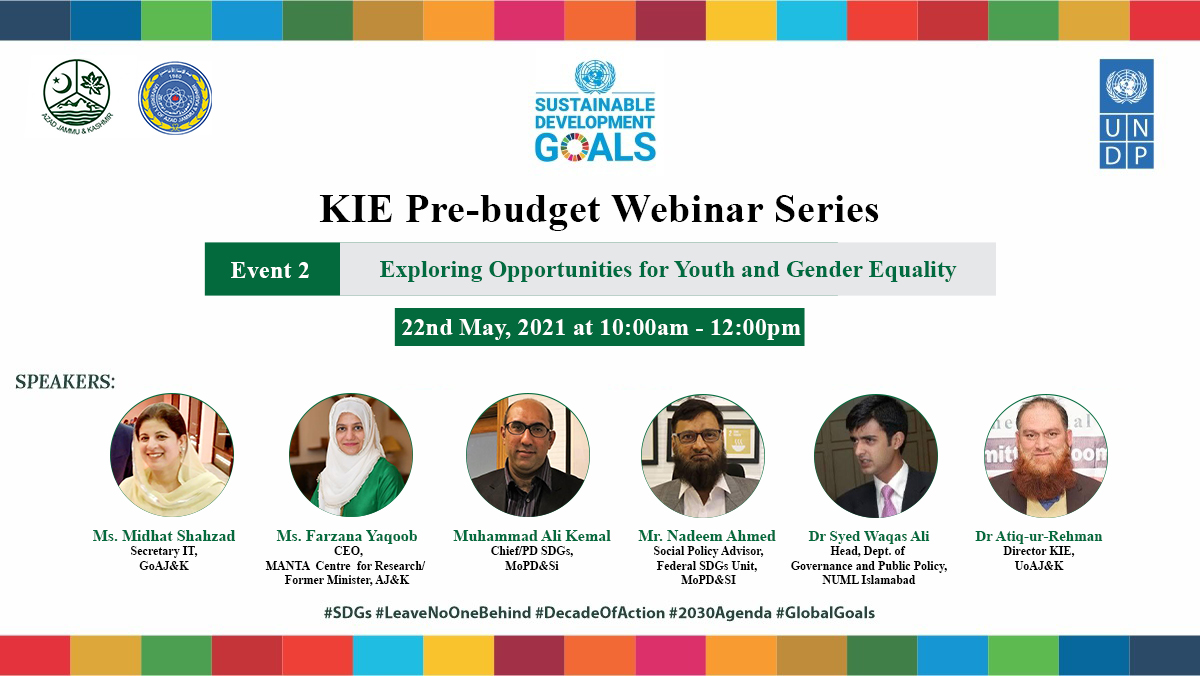